Home English Japanese Fan Page ☰
Oswald
Oswald
Oswald is an American children's cartoon series on Nick Jr. about a blue octopus and his friends, that first aired August 20, 2001 in the United States.[1] The show was created by Dan Yaccarino and was co-produced by HiT Entertainment. It was also shown on Noggin in reruns. The show aired on Nick Jr. on CBS on September 22, 2001, to September 7, 2002. Nick Jr. aired the original episodes until the network lineup changes on March 1, 2012 took effect.. 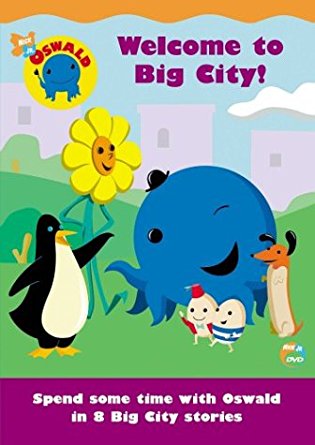